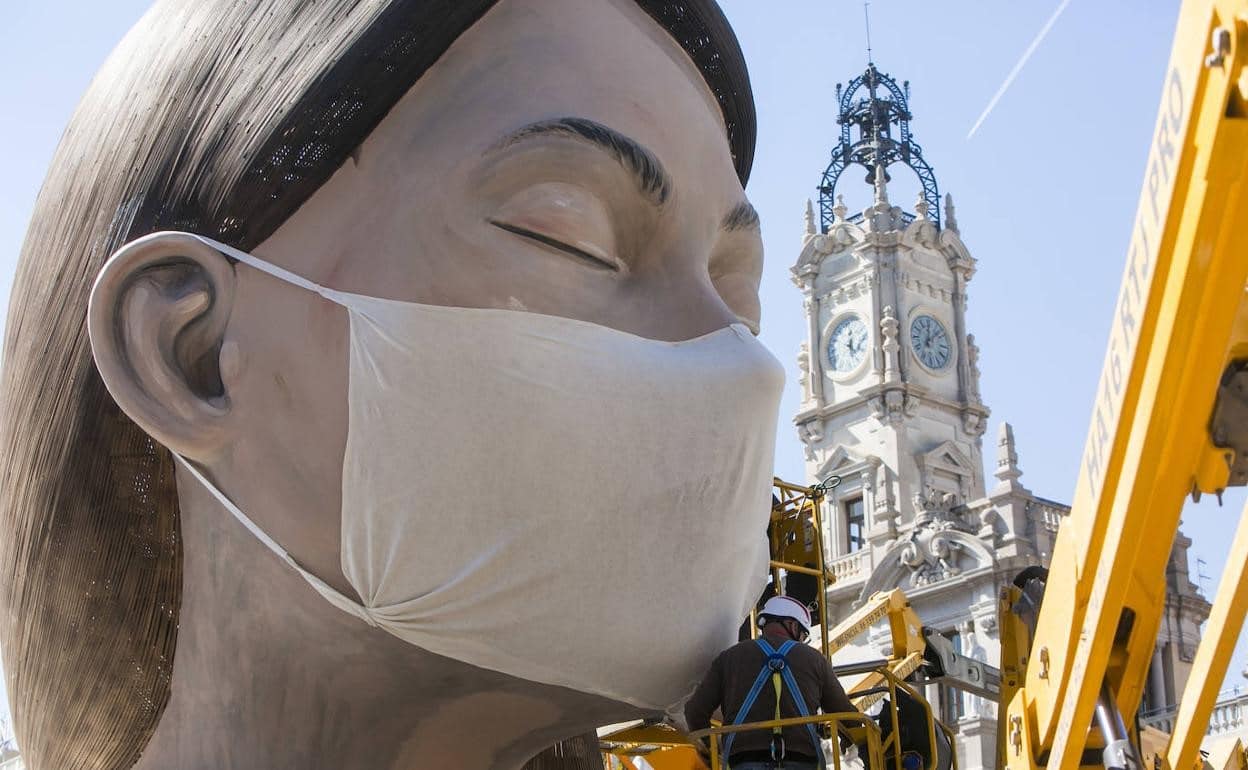 Posted at 11:15h in Events, News by Bioinicia 4 Comments

How fitting! Bioinicia is based in the city of Valencia, famous for the annual celebration of FALLAS. Many Valencianos work all year on their city quarter’s design of a supersized papier-mâché figure. This year FALLAS coincided with the outbreak of COVID-19. 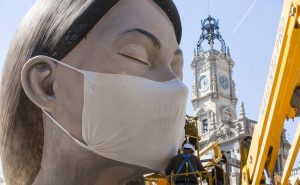 To protect their figure, some crafty Valencianos quickly mounted a respiratory breathing mask. At Bioinicia we took the hint and applied Bioinicia’s ability to manufacture nano-structured materials to the cause of making badly needed filter media for high-end respiratory masks. In just a few weeks, Bioinicia pivoted its manufacturing plant from making pharmaceuticals to making highly efficient filter media based on a proprietary nanofiber layer. Tiny aerosol droplets carrying the SARS-2 virus deeply into our lungs have been identified as the most important pathway for spreading the disease. A thin layer of Bioinicia’s nanofibers reliably eliminates the smallest aerosol droplets from the breathing air. Bioinicia today supplies mask makers in Spain and the rest of Europe with its nanofiber-based PROVEIL® filter media.

This site uses Akismet to reduce spam. Learn how your comment data is processed.

This website uses own and third party cookies to offer you a better experience and service, to collect statistical and analytical data on your browsing and to make your interaction with social networks easier. By browsing or using our services, you agree to the use we make of them. More information about our cookie policy and how to change your browser configuration here.

This website uses cookies so that we can provide you with the best user experience possible. Cookie information is stored in your browser and performs functions such as recognising you when you return to our website and helping our team to understand which sections of the website you find most interesting and useful.

Strictly Necessary Cookie should be enabled at all times so that we can save your preferences for cookie settings.

If you disable this cookie, we will not be able to save your preferences. This means that every time you visit this website you will need to enable or disable cookies again.